Home > News > What’s in store: The death of the high street

What’s in store: The death of the high street

In the first of our ‘What’s in store’ mini-series, we look at the impact of internet shopping on the high street.

The rise of internet shopping has been pretty impressive, and nowhere more so than in the UK. We spend more online than in any other country – £4611 per household to be exact. And a huge 87% of UK consumers have bought at least one product online in the last 12 months.

Consider, 18% of all retail sales were made online in the UK during 2017.  This is the highest proportion of all countries around the world, the US comes in second at 11.8%.

There is no denying the rise of internet shopping in our country, and this has been at the expense of traditional bricks and mortar retailers. It has felt of late that not a week goes past without another retailer announcing lower than expected sales, or even the collapse of the business. Toys “R” Us, Debenhams, Bonmarche, Next, M&S, House of Fraser, Carpetright…the list goes on. These retailers just cannot compete with the convenience of internet shopping. With low running costs, it is also easier for online retailers to offer affordability than their bricks and mortar counterparts.

When we think of online retail success, of course Amazon is the first to spring to mind. Mind-blowingly successful, in the UK Amazon accounts for almost 30% of all our online sales. And its success continues apace, with Amazon growing at its fastest rate for six years during 2017.

And it isn’t just Amazon. Online-only retailers such as ASOS and Boohoo have also helped change the way we shop in the fashion industry and are both increasing at an impressive rate, while traditional retailers such as Next, M&S and Debenhams have struggled. Around 20% of all fashion sales now take place online. 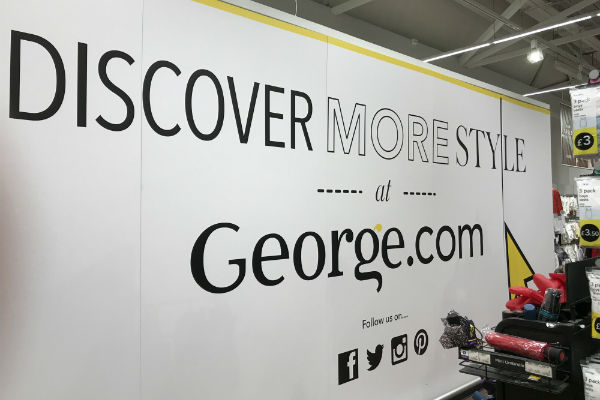 Pushing website visits from store to online. A wise move?

Traditional retailers have attempted to fight back. Recognising the consumer trend for online shopping, many retailers now have an online presence. And many of them have actually done very well from their online sales. The trouble for these physical retailers though is that in reality they are really only shifting their customer base online and this actually damages their profit margins in a way that online-only retailers don’t face. Traditional retailers still have their estates and shop floor staff to pay for, essentially, they end up paying twice to serve the same customers.

Bricks and mortar retailers have been hit by spiralling property prices, as well as the National Living Wage, and the collapse of the pound following Brexit. When you combine all this with slowing consumer spending due to inflation, and the increasing share of spend that the internet is taking, it will come as no surprise that the number of people working in retail shop floors in Britain is falling. Nor that the number of empty high street properties is rising. Take a walk down many once-thriving UK High Streets or shopping malls, and it really can feel like the death of the High Street is nigh.

Is there any hope at all for the High Street? (Coming soon: Read the second of our What’s in store series.)

Retailers must work smarter, for example using click and collect to bring the buyer into the store and selling more to the customer when they are there.  The reverse also works if a retailer is out of stock in-store, an item may still be available online. Retailers can facilitate this via endless aisle to complete the purchase in store. QR codes can be implemented to complete sales or provide more information to consumers.