Shoppers are put off or bothered by in-store sales assistants

Remember the last time a sales assistant approached you in the middle of a store and tried to sell you something and you ended up buying it? Probably not, and you’re definitely not alone.

Research conducted by DisplayMode, a leading point-of-sale company, shows that 89% of shoppers are put off or bothered by in-store sales assistants. Consequently, only 2% of all shoppers proceed to purchase the item that is being pushed on them. 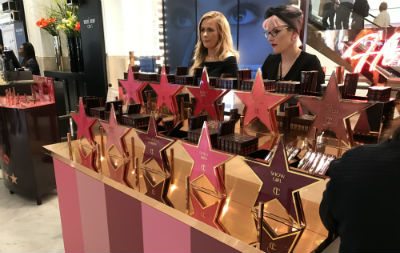 68% were put off by active selling

DisplayMode’s research study points out several alarming trends that retail storefronts should take into consideration. The poll of 2,008 UK consumers revealed the following:

Of the 89% who considered the sales pitch a negative experience, they’re reasoning had a lot of similarities:

The common threads cover some very basic human considerations. Consumers often go shopping with a mission and deterring them from that mission is like walking in front of someone who is in a full sprint. It’s not hard to imagine that 98% of sprinters would not be excited about your interjection.

Additionally, consumers note that the pitches are all the same and seem fake, which is likely a result of memorised sales pitches that fail to engage with the shopper in any meaningful way.

After reviewing this data, it should come as no surprise that a separate study of 968 sales assistants said that they do not enjoy presenting the sales pitch. 89% of sellers don’t like presenting it, and 89 % of consumers don’t like hearing it. Coincidence?

Why bother with active selling?

It’s a great question, and the answer can be elusive. Advocates of the in-store sales pitch will tell you that even a 2% success rate means more revenue than without the sales pitch. While technically true on the surface, this approach ignores several variables that need to be considered as well.

For example, unless they’re working strictly on commission, that sales person needs to be paid. That pay will then immediately cut into the revenues of the very few successful sales.

Moreover, there are intangible considerations, such as how many of the 89% of annoyed customers will ever come back to your store after experiencing a high-pressure sales pitch while shopping.

So what’s the answer to engaging with consumers without pushing them away? Another study from DisplayMode suggests that consumers are more likely to purchase if the information is put in front of them and they feel like they are the ones making the buying decision.

When asked what would keep consumers in a shop longer, 28% said interactive displays, which was second only to the 51% who said free samples. What these have in common is that in both cases, the consumer has all the information right in front of them.

No tricks or gimmicks or sales pitches are necessary to lead those shoppers to a purchase. Instead, they simply want a product that can sell itself. Contact us on +44 (0) 1536 460805 for creative ways to offer your customers that opportunity.

Any cookies that may not be particularly necessary for the website to function and is used specifically to collect user personal data via analytics, ads, other embedded contents are termed as non-necessary cookies. It is mandatory to procure user consent prior to running these cookies on your website.