House of Fraser joins an ever-growing line of struggling UK retailers. Established in 1849, House of Fraser has weathered the inevitable ups and downs of market changes over the years. So, what went wrong this time? And can they come back from it?

The facts and figures

House of Fraser has announced that it is to launch a company voluntary arrangement (CVA) and is going to shut 31 of its 59 stores.  .  The already flailing retailer had earlier in the year announced plans to cut the size of its stores in a bid to counteract disastrous Christmas sales off the back of already poor results. In fact, House of Fraser has endured seven years of consecutive losses. In the latest round of disappointing results, House of Fraser’s holding group revealed a drop of nearly £44m in sales in 2017.

The aim of the CVA is to prevent an all-out collapse. A deal has been struck with Chinese owner, C.banner for a 51% stake in the Group. C.banner owns Hamleys and it is hoped the new owners will stabilise sales. 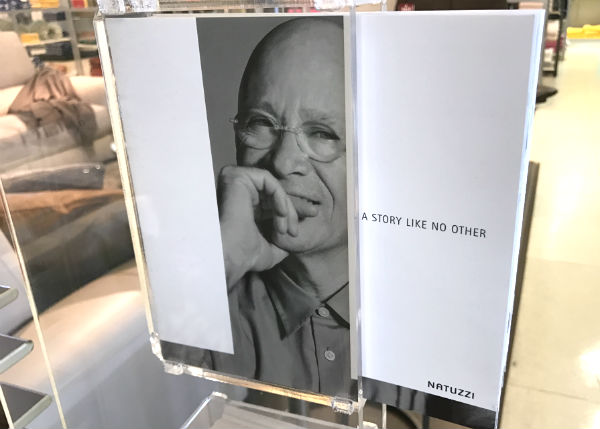 This picture in the furniture department says it all.

With around 7,000 employees and 12,000 concession staff, House of Fraser is an important employer within the industry. The store closures will mean a loss of around 6000 jobs; it is certainly a worrying time for the UK market.

C.banner cites the reasons for House of Fraser’s poor performance as:

“The Brexit referendum and the UK’s resultant decision to leave the European Union and the terrorist attacks in London, combined with a rapidly evolving retail market, produced a period of uncertainty and volatility that resulted in a difficult trading environment for the whole retail industry in the UK”

And these all seem like perfectly valid reasons, especially when we have seen so many other UK retailers falling recently. Yet, not all retailers are collapsing. So what else has led to the demise of House of Fraser? 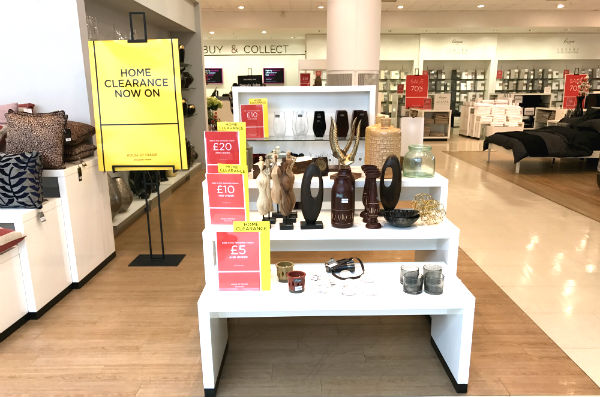 Discounts - But where are the customers?

We mentioned already that House of Fraser had been struggling with poor sales for many years. As often happens during difficult times, they have also experienced numerous management changes which has impacted on company strategy and direction.

There has been an under-investment in their online site. We know how important internet shopping is to customers, yet House of Fraser left it late to invest in this area and has been unable to keep up with online-only retailers and even their bricks and mortar counterparts like John Lewis, which has managed to secure a good online presence.

When House of Fraser did recently update their site, the migration from http to https, combined with a changed URL structure had disastrous consequences.  The problems encountered with the website caused a 29 per cent dip in sales in a single month.

However perhaps above all of this, is a loss of brand identity. House of Fraser failed to have a distinctive identity, essentially becoming a mix of concessions with no overriding brand experience. There was nothing to mark out House of Fraser as distinctive to shoppers, and this again is where the likes of John Lewis has faired better with a reputation for good customer service and its ‘never knowingly undersold’ price guarantee.

Is it all over for House of Fraser? Are they doomed to follow in the footsteps of BHS, which collapsed in 2016? 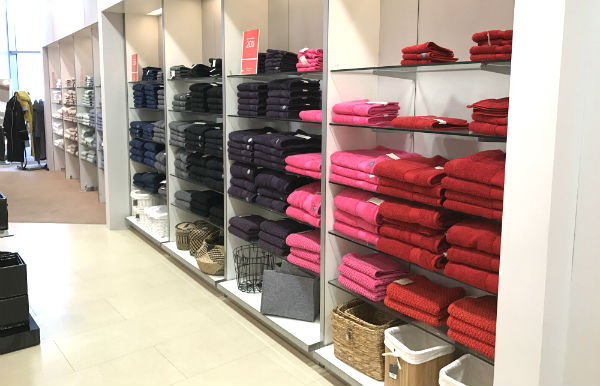 Are they ready to throw in the towel? Can they fight back?

Not necessarily. Looking to those retailers that are doing well, the key seems to be carving out a distinct reputation within the market. House of Fraser must find its brand identity and ensure everything stems from that. It isn’t enough to present a range of concessions, shoppers are looking for experience and entertainment. The online site needs to fit with the brand identity, social media campaigns can be used to grab customer’s attention and to inspire purchases.

There is a long, bumpy road ahead and it will take leadership and investment if House of Fraser is to succeed, but there is hope. They may be down, but they are not yet out.

House of Fraser has some strong weapons in its armoury, such as clean, modern retail spaces, and existing contact with customers. They just need to use those advantages in an appealing narrative. In-store passion, better online functionality, and some more energy will definitely be needed, but with an increased focus on their brand identity they could still get it right.

Note: The UK retail sector is in an accelerated period of change, all details correct at time of publishing.